Our HES PV Grid-Tie systems can save (and make!) you money.

Already in 2017 we are seeing a massive increase in the number of solar implementations. With an increased focus on climate chang 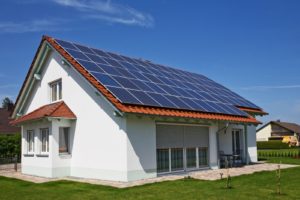 e, increased cost of fossil fuels, and increasing price of electricity, home owners and businesses alike are deploying solar panels to their roofs in order to reduce their power bills and save electricity.

Roooham Electric is proud to offer Grid-Tie systems designed by HES PV. With a Grid Tie system, home owners have even more benefits. Instead of being lost, excess energy collected by your Grid-Tie system can be fed back into the electrical grid. You receive a credit from BC Hydro for energy that is fed back.

There is no better time than now to learn about how a solar implementation can save (and even make) you money. For more information, see our partner’s page at: hespv.ca/canadian-energy-programs/british-columbia/

How does a Grid-Tie System work?

See the cross section of a house with solar grid-tie system. There are 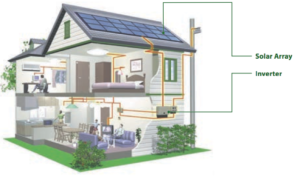 What happens during a power failure?

How much energy can I gather with a solar electric system?